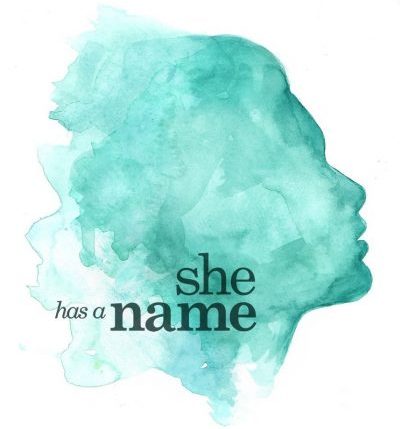 Why do men solicit prostitutes?

That’s a complex question, but one we must strive to answer if we’re ever going to reduce the demand for sex trafficking.

As I’ve written before, this battle isn’t just about rescuing victims and supporting survivors of trafficking. That’s only half of it. We will never end modern slavery until we reduce the demand that’s driving it in the first place. While some women pay for sex, the fact is, most of that demand is coming from men.

Human trafficking is big business. Forced labor in the private economy generates $150 billion in illegal profits per year — with $99 billion of that coming directly from commercial sexual exploitation.

Like any business, trafficking relies on the law of supply and demand. The International Labour Organization estimates that there are 20.9 million victims of forced labor and human trafficking, including 5.5 million children. In the United States alone, the National Human Trafficking Resource Center hotline has received reports of at least 14,588 sex trafficking cases since 2007.

No national, scientific research exists on the factors that fuel the demand for sex trafficking, but some studies have explored the connection between issues like pornography and prostitution.

For example, a 2007 study by Dr. Melissa Farley with Prostitution Research & Education conducted interviews with 854 women in prostitution in nine countries; 49 percent said pornography was made of them while they were in prostitution, and 47 percent were upset by tricks’ attempts to make them do what the tricks had previously seen in pornography.

Led by former Franklin County Municipal Court Judge Scott VanDerKarr, this all-day class is taught by licensed counselors, survivors of sex trafficking and other people from the community. It targets men who are mostly first-time offenders in Central Ohio with no record of violence. Since 2016, almost 200 men have graduated from the John School.

The goal of this class and similar programs is to “decrease the demand for prostitution, and hence, reduce the amount of human trafficking and sexual exploitation that occurs,” according to the Ohio Department of Public Safety’s John Schools Report. As of 2013, 50 cities in the United States were operating some form of a john school — including four in Ohio.

She Has A Name is trying to help these men understand the impact of their actions and address the root causes that drove them to solicit. This program aligns directly with our vision — “to see all those impacted by human trafficking restored into society and thriving in their community.” That includes men, even those who solicit prostitutes.

We started collecting data* last October on why these men decided to solicit so we can understand how to help them better. Below is a list of nine reasons they have given so far in order of the most common responses (keep in mind that this list is not comprehensive and only represents those individuals in this specific John School class who volunteered their personal reasons):

The only way to reduce the demand is to address the root issues. That’s why She Has A Name just developed a Reduce Demand Resource hub of licensed counselors and support groups in Central Ohio. The list below is not comprehensive and does not address every man’s need, but please consider the following resources if you or someone you know requires help:

I want to end on an encouraging note. We received this email recently from young one man who got arrested for soliciting a prostitute, attended the John School and then graduated from his first anti-trafficking training with She Has A Name:

“Over the past few years I’ve been battling loneliness and depression. These struggles led me to make the worst decision of my life. A few months ago, I found myself at rock bottom and made the decision to solicit. Thankfully, I was arrested and stopped short of making a horrible mistake. I knew going into the program that I wanted to get involved in the fight against human trafficking, but after participating in the program I knew I had to.

The program opened my eyes to the world of human trafficking and in my heart I knew I wanted to help in anyway possible. Through my experience I found a relationship with God and gained a better understanding of the awful world of human trafficking that prior to this experience, I knew nothing about. I wish more than anything I could take back my mistake but in a strange way it’s made me a better person. I now know I can move forward and help out and be a part of what will someday put an end to this horrible battle.”

There are at least nine reasons why men solicit prostitutes, but this young man’s story is all the reason we need to keep fighting the battle against modern slavery.

He is living proof that God can turn even a solicitor into an abolitionist.

*Methodology: She Has A Name started tracking this data on Oct. 15, 2016, about six months after the John School launched. The above percentages reflect 21 men who volunteered such personal information out of about 200 men total who have attended our monthly John School classes. The numbers do not equal exactly 100 percent due to rounding.