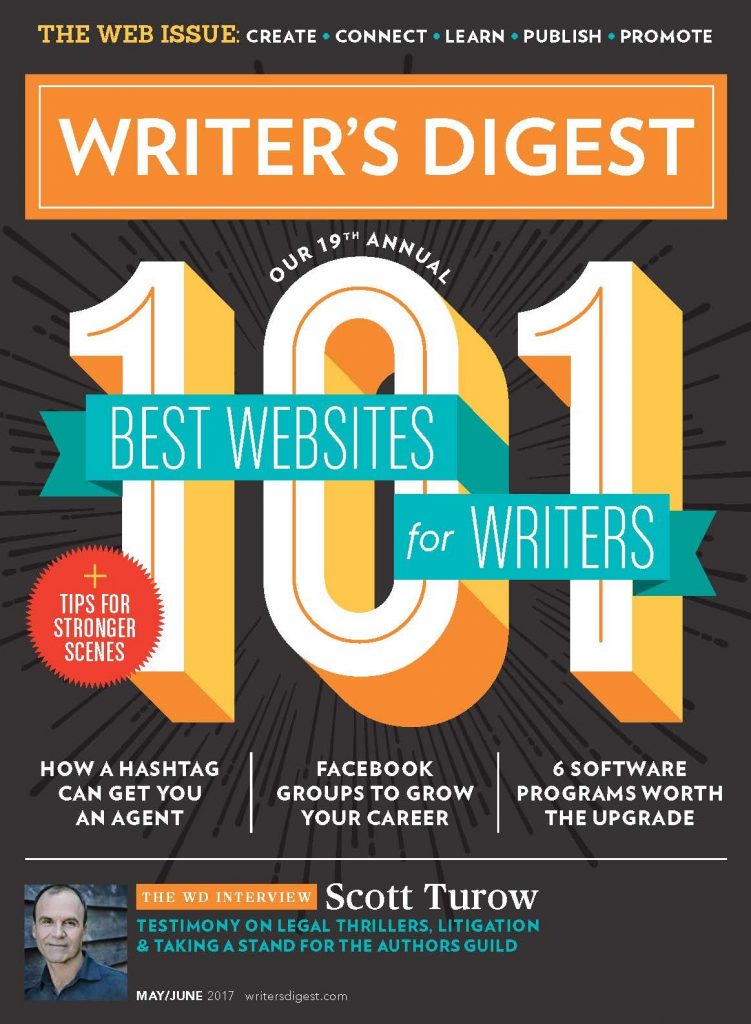 I’m thrilled to announce that Writer’s Digest magazine has asked me to author my first article for their October publication, which reaches about 70,000 subscribers across the country.

The article will appear in their regular indieLAB column that follows trends in the self-publishing business. It will focus in part on my experience with publishing and promoting The Black Lens novel, especially when it comes to public relations. Here’s a brief summary of the article:

How to Craft the Perfect Media Pitch

Reporters are a lot like agents—they love a good story. But convincing them to cover your book requires a strategic and newsworthy hook that must go beyond writing a simple press release. This article will teach you how to craft the perfect media pitch for a wide variety of target audiences, including local reporters, feature editors and book bloggers.

Since Boyle & Dalton published my debut novel in 2016, I successfully pitched to more than a dozen news media outlets that published articles aboutThe Black Lens. Below are just a few excerpts, but you can see a full list here:

“The grim reality of modern-day slavery in America.”

“The Black Lens is clearly the work of a journalist. It exists to inform and disrupt, and it succeeds.”

“A work of fiction. A world of truths.”

“Will go a long way in giving a voice to victims and helping raise awareness of sex trafficking in rural America.”

“Christopher Stollar, a former Oregon journalist, won the grand prize in the 2016 Writer’s Digest Self-Published e-Book Awards, beating out more than 600 other entries, for his debut novel, ‘The Black Lens,’ about a teenage girl and her sister fighting sex trafficking in Oregon.”

“Stollar is a former reporter who conducted more than three years of research including interviewing survivors, social workers and police officers to write the book.”

“A work of fiction … based on the disturbing reality that human trafficking is one of the fastest-growing crimes worldwide.”

“The Black Lens reminds us that human trafficking, sex slavery and exploitation are real. For many young people in Central Oregon, the world of sex trafficking is non-fiction.”

In 2017, Writer’s Digest also ran a story about The Black Lens novel in its May/June print edition. The detailed article came after my debut novel won Grand Prize in the 2016 Writer’s Digest Self-Published e-Book Awards. The Black Lens beat out more than 600 other books in this national contest, which “spotlights today’s self-published works and honors self-published authors.”

“Gritty, unforgiving and in some places downright shocking, The Black Lens is nevertheless a stunning read, from the first page to the last,” wrote the Judge in the 4th Annual Writer’s Digest Self-Published e-Book Awards. “This book rivals — if not surpasses — its commercially published brethren. It may indeed raise awareness of human trafficking and exploitation of women in the same manner as Uncle Tom’s Cabin and Twelve Years A Slave  did for slavery.”

Read the full article here. You can also read more reviews of The Black Lens and order a copy on Amazon.