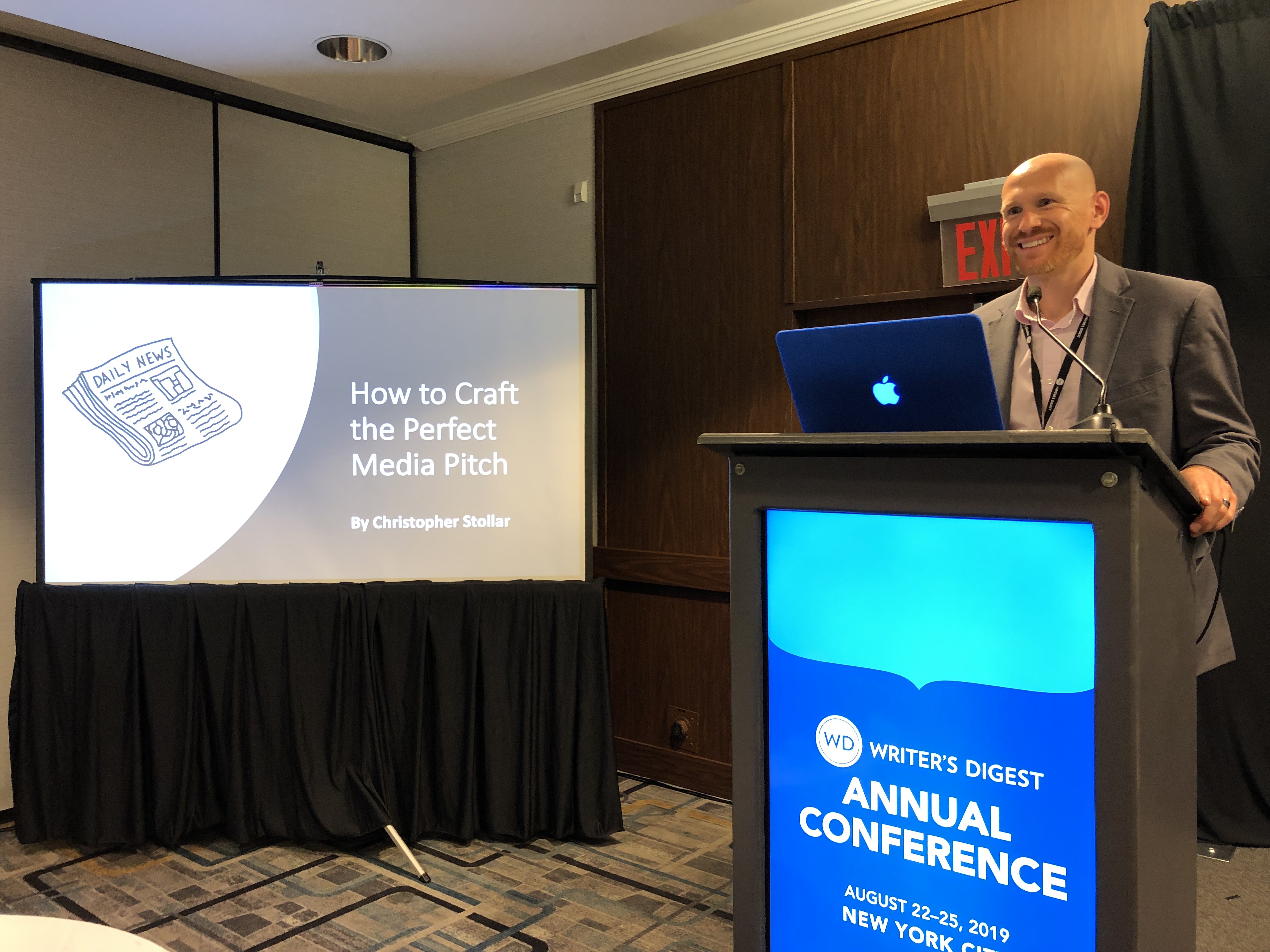 The Pitch Slam featured more than 50 agents and editors, who were all on the hunt for new stories. I got 90 seconds per agent to pitch my concept live, and each agent had 90 seconds to ask questions, make comments and ultimately decide whether they wanted to learn more.

This was, by far, the most nervous I have ever been as an author. But in the end all five agents requested at least the first five pages—and two even asked for my full manuscript. One agent said my pitch was perfect, another said this was exactly what he’s looking for, and a third said she’s never heard of this concept before. Here’s a brief summary of my pitch:

I’m seeking representation for Real Girl, a cyberpunk science fiction thriller about a lifelike robot who tries to escape from an augmented reality competition where people can hunt and kill her for sport. It’s Westworld meets Ready Player One in a near future, dystopian Midwest city that has a dark and destructive bent to its gaming technologies. But here’s what makes my novel unique:

Evaline yearns, as only the most lifelike robots can, for freedom from The Games. Yet there’s no freedom for Evaline as Chief Game Officer Ray Jackson keeps sending new human players to battle her kind in gladiator-style combats as thousands of fans watch live from The Arena.

Each level becomes more violent as sponsors bet millions on the top players and a secret gang of cyberterrorists tries to hack Evaline’s mind so they can turn her body into a weapon of war in The Arena. The Games reach a breaking point in Level 4, where she is forced to make the ultimate decision in self-consciousness: free herself—or save others.

As a former reporter with a master’s degree in journalism, I conducted more than a year of original research for Real Girl. That includes interviews with cybersecurity experts, virtual reality coders, and even manufacturers of artificially intelligent robots. I am also an award-winning author of The Black Lens, a crime thriller that won Grand Prize in the 2016 Writer’s Digest Self-Published e-Book Awards. It also became a Finalist in the Indie Book Awards and a Semifinalist in the Book Pipeline movie competition.

Now comes the hard part—waiting for a response from each agent.